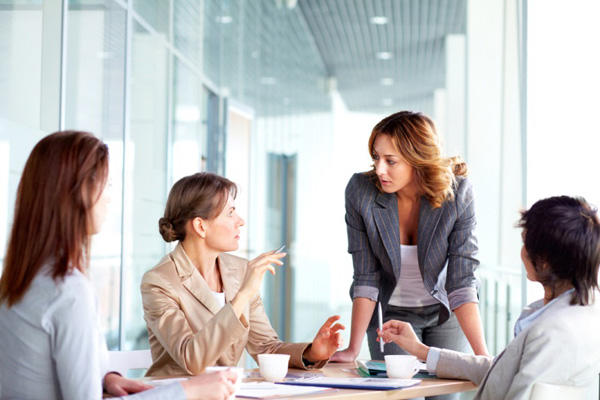 Executives from McKinsey and Lean In talk about their new comprehensive study, and what it reveals about the demands placed on many women over the past year and a half

For all the change brought on by the pandemic, women in white-collar roles still made strides at nearly every level of U.S. companies last year, a comprehensive new study shows.

The proportion of women in the corporate workforce didn’t decline significantly last year, and the number of women holding some senior roles increased, according to data from the 2021 Women in the Workplace report by McKinsey & Co. and LeanIn.Org. But the report also found that women are experiencing higher rates of burnout than men, and are questioning whether they want to remain with their companies and on their existing career paths.

Lareina Yee, a senior partner at McKinsey who previously served as the firm’s chief diversity and inclusion officer, and Rachel Thomas, Lean In’s co-founder and CEO, spoke separately with the Journal about some of the takeaways from this year’s report. Here are edited excerpts of the conversations.

WSJ: The report’s finding that women didn’t leave the corporate workforce in big numbers last year seems counter to so many expectations and experiences during the pandemic. What happened?

MS THOMAS: The numbers are holding, but the experiences of women are getting worse or just continuing to take a toll because women are more burned out than they were last year. I really think of that as the bellwether for what’s going on. Because the reality is, a lot of us, we can’t leave our jobs. There’s more movement now, but mostly the movement we’re seeing, it isn’t leaving the workforce—it’s people moving companies.

WSJ: The report surveyed hundreds of companies, but are women in other occupations having different experiences or leaving the workforce altogether?

MS. YEE: Absolutely. This focuses on the corporate sector and corporate workers; this isn’t a full-economy view. So if you look at the Bureau of Labor Statistics, our national statistics, they don’t match. We have seen higher unemployment figures for women, particularly in salary and front-line roles, in the retail sector, in food services, in healthcare. This is looking at one specific slice, of corporate white-collar workers, managers and senior leaders. Companies have a decision whether they lean forward to support and retain and advance women—or see what happens and risk losing them.

WSJ: Does the data suggest that some women are disillusioned by the realities of the corporate world now, and are less interested in climbing the corporate ladder?

MS. THOMAS: A couple of things are happening. Employees are saying, “I want more of my employer. I just expect more. I want a culture that’s different. I want an investment in employee well-being and investment in inclusion that’s higher than what I’m seeing.” Another driver is we’ve gone through a lot as a culture. Many women I know are saying, “Hey, is this work meaningful to me? What do I want moving forward for myself?”

MS. YEE: Women’s ambition levels haven’t faltered, but they’re working harder and more and they are largely unrecognized for that. What the data shows is that this makes you feel like you’re doing a lot of unpaid work, quite frankly. If you imagine yourself in the shoes of a female executive, you’re thinking, “I’m working more, I’m unrecognized, I have no recovery time. Is this the best ROI of my time?”

WSJ: What should companies be doing differently so women don’t feel tempted to leave?

MS. THOMAS: If you feel you have more flexibility, you are less likely to feel burned out. You are less likely to think about leaving your company. But we’re seeing that employees feel like they need to be on 24/7. The workload requirements are untenable. Right now, a lot of the onus is being put on employees to set their own boundaries, and to carve out space for themselves. And I think we need to see a shift where companies are really taking more of the ownership to figure out those boundaries. That’s going to take some real trial and error.

I’ll give you an example. What happens after hours when you get emails? We asked everybody on the team, what was the right norm? I thought they were going to say, “No emails after a certain time of the day.” We surveyed everybody and we got input: They didn’t want that complete shut-off. They wanted things to be coming in at a more kind of regular pace throughout the day. But what we set is a norm: If you get an email after hours, you can ignore it. If someone on the team needs you to act on something after the traditional workday, you’ll get a text. So, everybody’s going to get a text if there’s something they really need to act on.

WSJ: Another theme of this year’s report is that, as work shifts, women want to work remotely more than men. Will that have consequences for women’s careers later on?

MS. THOMAS: I do think we need to be really thoughtful about: Are we inadvertently creating two classes of employees? So employees that are in the office get more access to senior leaders. They have got more water-cooler chatter. Their work is more likely to get recognized because they’re in the office and they’re front and center. And then we’ve got another group of employees—who are disproportionately women—who don’t have that access.

MS. YEE: In the data, 90% of both men and women said they would like one day [of work at home a week]. In a country where you don’t really get unanimity, everyone is saying [they want] at least some more flexibility. Women are saying three days [of remote work] sounds about right, and so they’re looking for more of that mix. And this is a moment where companies can just go back to where they were, or they can actually say: How do we redesign for hybrid and mixed environments where, at any given time, not all people will be in the room? The silver lining: If your full-time, back-to-work date is 2022, you have time to get this right.

WSJ:The report also notes that there still has been relatively little progress for women of color, a surprise after so much attention on diversity and inclusion in the past year. What do you make of that?

MS. YEE: We see higher awareness, but we’re slow on results. When you tally up the U.S. corporate commitment on racial equity, it’s $200 billion. So that’s wonderful. But then you look at our research at the day-to-day experiences of Black women, Asian women, Latino women, women with disabilities, LGBTQ, every single group has a worse experience than white peers and white women. And the challenges that existed before the pandemic, they’re still with us: being talked over, having your judgment questioned.