If the Economy Booms, Thank Software

At the peak of the tech bubble in 2000, Microsoft Corp. jockeyed for the title of world’s most valuable company with Intel Corp., which made microprocessors; Cisco Systems Inc., which made communications gear; and General Electric Co., which made locomotives and turbines.

Nearly two decades later, Microsoft is once again atop the market-value rankings. Cisco, Intel and GE are—combined—worth about half of Microsoft. This signifies a profound shift in the economy in recent years. Productivity and economic growth increasingly flow not from equipment, buildings or computer hardware, but from instructions, processes, coding and data: in other words, software.

The Triumph of Software
Software is the fastest growing category of business investment, returning Microsoft to the top of market-value rankings.

Software programming tools and internet-based services such as cloud computing, he argued, enabled startups to displace incumbents by digitizing everything from phone calls and cars to retailing and film distribution.

Like-minded technological evangelists have long argued artificial intelligence, machine learning, big data and other technological advances were about to unleash a new boom. But the boom refused to show: growth in productivity—the best measure of how technology enhances worker output—remained mired near generational lows.

Recently, however, there have been intriguing signs a boom may be in the offing. In the first quarter, American companies for the first time invested more in software than in information-technology equipment. Indeed, outside of buildings and other structures, software surpassed every type of investment, including transportation equipment such as trucks and industrial equipment such as machine tools. Software spending is even higher if the cost of writing original software programs, now classified as research and development, is included.

Adjusted for inflation, software investment grew 11% from the first quarter of 2018 through the first quarter of 2019. By contrast, investment in equipment grew less than 4% and in structures, just 1%. (Revised data are due out Thursday.) The headwinds buffeting capital spending broadly, whether the waning tax cut, trade war or slumping commodity prices, have largely spared software. Meanwhile, productivity growth has picked up to 2.4% in the past year, the fastest since 2010.

Whether that can continue is debatable: business investment and productivity growth appear to have slowed in the current quarter. Nonetheless, a recent survey by Morgan Stanley & Co. found chief information officers planning to boost software budgets this year by 5%, and hardware budgets just 2%. Their main target is cloud computing, under which businesses pay external providers to host their data and supply tools to analyze that data.

Microsoft years ago wouldn’t have been seen as an obvious winner from this shift. Long reliant on Windows and its Office software, it had flubbed the transition to web-based applications, mobile and search. Amazon.com Inc. grabbed an early lead in offering cloud computing as a standardized service to the public. In his 2011 article Mr. Andreessen said Microsoft was “threatened with irrelevance.”

After Chief Executive Satya Nadella took the company’s reins in 2014, Microsoft shifted focus to cloud-based services. Dubbed “Azure,” the services now account for half of the company’s revenue. Microsoft lacks the hipness factor of consumer-facing Amazon, Alphabet Inc.’s Google and Apple Inc. Yet it has achieved comparable growth by making itself a partner for businesses bent on “digital transformation,” a nebulous term that means using technology to remake processes or products.

Starbucks Corp. uses Azure to centrally monitor coffee machines for everything from the type of bean to coffee temperature and predict needed maintenance. The company used to deliver new coffee recipes manually by sending USB thumb drives to 30,000 stores. Now, they are delivered through the cloud. The Starbucks mobile app uses a type of machine-learning system hosted by Azure to show customer recommendations based on store inventory, weather and the user’s order history.

If there is a constraint on this boom, it is that software is harder to get right than hardware. Because big companies often customize or design their software in-house, their success may be difficult for others to replicate. A study by James Bessen at Boston University found that companies that invest more in proprietary information technology enjoy faster profit growth, higher revenue per employee and wider profit margins. Smaller firms struggle to compete against those advantages, which Mr. Bessen says is why economic activity has become concentrated in fewer firms.

Cloud computing could alter that equation by extending capabilities currently the preserve of big companies to small and medium-size firms. Libbey Inc., a Toledo, Ohio, manufacturer of wine glasses, tumblers and other tableware with 6,000 employees and six factories world-wide, is replacing multiple sales, finance and production computer systems with a single cloud-based system from Microsoft that will enable employees to see the entire company from anywhere in the world. The benefits will include faster response by salespeople to customer requests, reduced inventory and less manual processing of transactions, says James Burmeister, Libbey’s chief financial officer.

Libbey can buy most of the necessary software “out of the box” from Microsoft without having to “make any custom code,” he says. However, Libbey will likely need programmers and data scientists to design and optimize tools to analyze the data that Azure gathers, using its algorithms to squeeze the cost out of making glasses. “We want to get rid of the manual task at the bottom of the food chain, and elevate the work of our people into…running the business better,” he says.

There is no guarantee the money now being plowed into software will achieve the kind of payoff that hardware did two decades ago. But at least it is headed in the right direction. 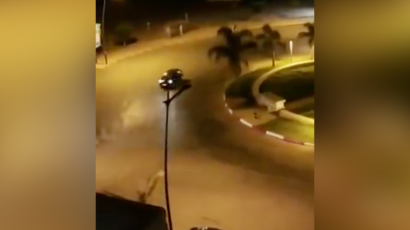