Former chairmen of the SEC and CFTC offer three steps U.S. regulators should take to make sure crypto lives up to its promise—without compromising the fairness and stability of financial markets

By Jay Clayton and Timothy Massad – The Wall  Street Journal

Only someone who has been living under a rock could think cryptocurrency markets don’t need stronger regulation. The implosion of FTX, the collapse of the TerraUSD “stablecoin,” and the recent bankruptcy of crypto lenders and hedge funds—all causing massive losses to investors—provide ample evidence that digital assets should be regulated just like practically all other financial products and services. Yet there is continued risk that the road to compliance with basic regulatory principles, in the U.S. and globally, will be rough.

This risk is partly the result of the widely divergent and often emotional responses crypto has triggered since it began. Charlie Munger has referred to crypto tokens as “partly fraud and partly delusion,” while many successful venture investors believe tomorrow’s financial infrastructure will be based on crypto technology. Each camp believes the government should act in furtherance of their view.

The unique genesis of crypto assets has also complicated the regulatory challenge. Unlike other financial innovations, bitcoin was launched globally and directly to retail consumers, with a claim that it would make traditional intermediaries obsolete. Because financial regulation is implemented on a national basis and largely through intermediaries, this “global retail” path of emergence has challenged regulators as traditional tools are less effective. Adding complexity, the use case of many crypto assets is often cloudy: Does a particular token provide an investment opportunity, access to goods or services, or a banklike product?

These factors, coupled with our fragmented financial regulatory system, in which multiple regulators have overlapping roles to play, have slowed the application of basic prudential and consumer-focused regulation. Crypto proponents have sought to exploit the situation by arguing that a large portion of digital assets should not be treated as securities, but instead as commodities where the spot market has no federal regulator.

Doubling down, they have characterized their choices not to voluntarily comply with existing regulations as the result of “regulatory uncertainty,” when the real motivation is avoiding compliance and its costs. They are correct that U.S. financial regulation often is costly, in some cases even unreasonably so, and there are areas where regulations should be updated to accommodate new technology. But those have never been excuses for noncompliance, particularly full and fair disclosure that levels the playing field between insiders and purchasers.

Legislative proposals have recently attracted attention, but the question is whether consensus can be achieved in the wake of FTX. Crypto critics are likely to resist any legislative action that could be seen as legitimizing a sector that they distrust and wish would die of its own weight. Many crypto enthusiasts believe FTX shows the problem is “centralized entities” that aren’t faithful to crypto’s promise of decentralization and will oppose any affirmation of our traditional, rigorous approach. Some proposals in the middle—to create safe harbors in some areas and stronger regulation in others—could be tainted by association with the now disgraced Sam Bankman-Fried, the founder of FTX and a proponent of moderate changes.

We, two markets regulators—one who served under President Obama and the other under President Trump—believe that government action should rest not on one view of the future or another, but on the hard-earned lessons of the past. We also know that a search for a comprehensive plan carries significant “Waiting for Godot” risk. The fact is billions of dollars a day in transactions continue to take place, while fraud and theft—in forms as old as the bazaar and as young as a computer hack—remain common. In our experience, immediate action is best pursued incrementally, taking complementary steps that are free from challenge, both on authority and principle.

We have three recommendations for U.S. regulators:

Require all crypto intermediaries to implement basic customer protections. For all the novelty and promise of blockchain technology, most crypto trading isn’t recorded on chain but rather on traditional ledgers kept by centralized intermediaries. But these entities claim the products they trade don’t make them subject to registration with the Securities and Exchange Commission or Commodity Futures Trading Commission, which means that investor protection rests on state laws written for the telegraph era that are woefully inadequate, particularly when trading and leverage are present. While we believe most of the tokens they trade are securities, we need a path to compliance that doesn’t depend on litigating classification questions.

We believe the SEC and the CFTC should publish a core set of standards, including (1) segregation of customer assets, (2) limits on lending, (3) restrictions on operating conflicting businesses such as trading, (4) prohibitions against fraud and manipulation including wash trading (where someone trades with themselves or an affiliate to inflate the market price or volume of a security), and (5) governance requirements.

These standards could easily be drawn from existing requirements for our securities and derivatives exchanges. The two agencies would then tell the trading venues: Adopt these basic standards for everything you trade if you haven’t already registered with the SEC as a securities intermediary or with the CFTC as a derivatives intermediary. The agencies would not be relinquishing their ability to argue that registration is required, but they would establish an interim period where an intermediary would not be shut down for failure to register as long as it complies with the basic standards. This would assure the platforms, and their customers, that operations will continue—on a far more responsible basis—while classification and other issues are resolved.

While we believe the agencies can implement this plan using their existing authority, this would not preclude Congress from codifying this approach or pursuing other initiatives to strengthen regulation. What it would do is greatly enhance investor protection while the legislative process (which we welcome) plays out.

Provide rules for “stablecoin” use. Stablecoin use has exploded. It is estimated that global daily transactions using stablecoins—which are digital assets that purport to peg their value to national currencies like the U.S. dollar—regularly exceed $50 billion, most of it facilitating crypto transactions. Stablecoins may have the potential to improve payments in use cases beyond crypto. But the fact is they lack stability, posing risks of banklike runs. The fact that exchanges such as FTX offered a yield on stablecoin deposits illustrates the risks presented by interdependencies among stablecoin issuers, crypto exchanges and investors.

The banking regulators should take the lead in creating a regulatory framework—a subject each of us has written about recently—but the SEC and CFTC can help by requiring that intermediaries use only compliant stablecoins, bringing an additional basis of stability to trading markets. At a minimum, they must be issued by a regulated entity that holds reserves in cash and high-quality liquid assets.

Continue rigorous enforcement of the law. Crypto proponents complain about “regulation by enforcement,” but enforcement is necessary when many in the industry will use any colorable claim to avoid or delay compliance. The SEC’s successful crackdown on unregistered “initial coin offerings,” or ICOs, beginning in 2017 was necessary because these offerings flouted the rules for public offerings, often failing to provide even basic financial information or risk disclosure. Both agencies have also brought a variety of actions against unregistered or illegal products, Ponzi schemes and other scams, and they should continue doing so. But these efforts—targeted by their nature—should be supplemented by broader steps of the types we suggest.

Our proposed initiatives, which focus on intermediaries, should not be read to suggest that we are giving a pass to “DeFi” (decentralized finance) platforms, which seek to eliminate intermediaries by offering software protocols, such as trade matching or asset-lending programs, on public blockchains. To the contrary. While their structure may appear different, many of the same risks are still present—scams, hacks, lack of operational resilience, and potential for manipulation of the protocol. And many DeFi platforms, contrary to their claims, have identifiable control persons and beneficiaries. It may take some creativity to implement the core regulatory requirements for DeFi platforms, but we expect regulators will be up to the task. No doubt they will be assisted by centralized intermediaries in this effort as they will have new incentives to ensure their DeFi competitors are offering equivalent protections.

For many years, we have shared the same views on crypto regulation. Regardless of the promise of this new technology, crypto should be subject to a strong regulatory framework. Nor should concerns about the U.S. acting unilaterally or more rigorously hold us back. We each undertook initiatives—the SEC in cracking down on ICOs and the CFTC in regulating swaps—where industry critics claimed the U.S. would be out of sync and innovation would move offshore. That didn’t happen; instead, other countries followed our lead or wished they did. Those who invest—and risk—their hard-earned money in our financial markets should know that the playing field is fair and stable, and that bad actors will be weeded out. We hope Congress and our successors are guided by that common perspective and offer these initiatives in the spirit of moving forward. 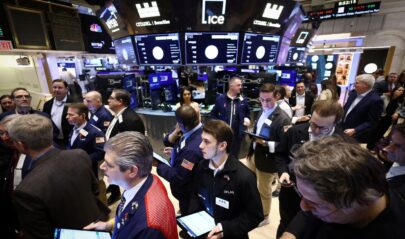 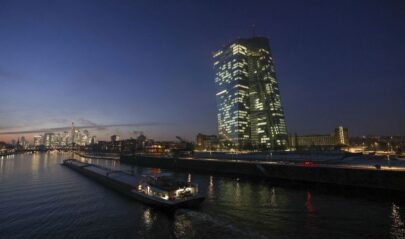 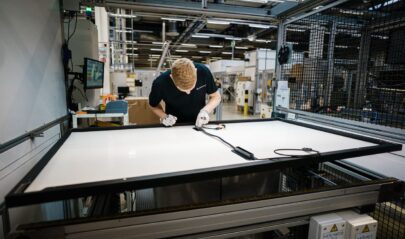 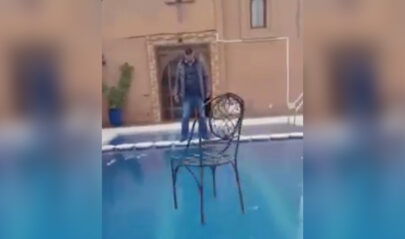 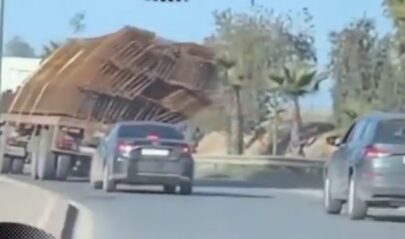 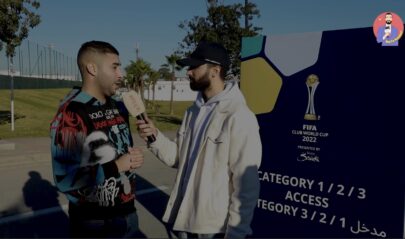 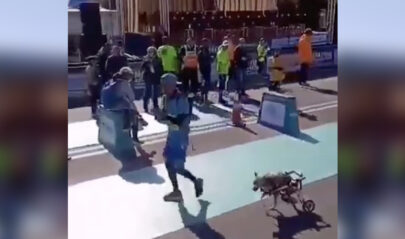 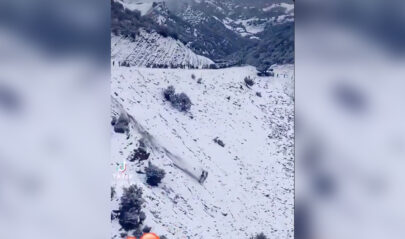 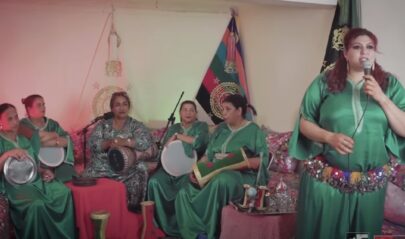 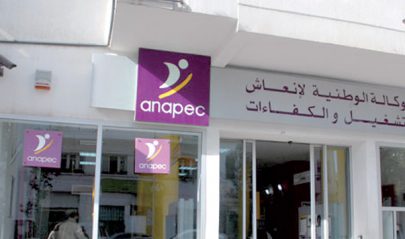 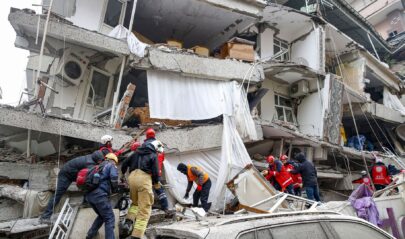 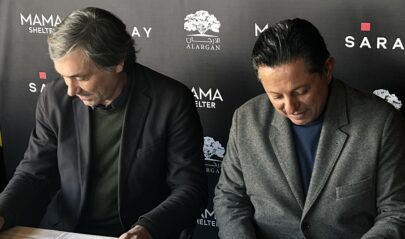