By
Daniela Hernandez and Robert McMillan

Facebook Inc. and YouTube are being flooded with scientifically dubious and potentially harmful information about alternative cancer treatments, which sometimes gets viewed millions of times, a Wall Street Journal examination found.

Now, the companies say they are taking steps to curb such accounts. Facebook last month changed its News Feed algorithms to reduce promotion of posts promising miracle cures or flogging health services, a move that will reduce the number of times they pop up in user feeds, the company says. Some of the affected posts involve a supplement salesman who promotes baking-soda injections as part of cancer treatment.

Alphabet Inc.’s YouTube has been cutting off advertising for bogus cancer-treatment channels, a spokesman said. It is working with medical doctors to identify content promoting unproven claims and medical conspiracy theories and has tweaked its algorithms to reduce the number of times these dubious videos are presented to users.

Facebook and YouTube detailed their recent actions on cancer-related content after the Journal presented them with its findings. Widespread misinformation sometimes appeared alongside ads, videos or pages for proven treatments, the Journal found.

Medical snake oil is an age-old problem, but the internet has dramatically extended the reach of bad actors peddling fixes for complex conditions that don’t always have cures. The amount of misinformation is so extensive—and publishing on tech platforms so easy—that it can be hard to weed out. Patients come to appointments armed with information they have found online, some of it inaccurate, doctors say. Purveyors of misinformation inflate results from early laboratory studies for remedies that haven’t been tested in humans, for instance.

“The granule of truth behind some of these can be very persuasive and can be manipulated by people who are trying to sell,” said Fumiko Chino, a Duke Cancer Institute oncologist. Patients aren’t relying on a single source; there are a multitude of sites and social-media accounts promoting misinformation, she and other doctors said.

The two tech giants’ efforts are part of a broader move by Silicon Valley to police health-related content on platforms, and it is becoming as thorny an issue for the industry as its efforts to tackle hate speech, which has sparked complaints about censorship and political bias.

YouTube, which has guidelines that don’t allow videos that can result in immediate harm, considers medical misinformation especially concerning, a spokesman said. Videos conveying inaccurate medical information are among the 8.3 million videos the company says it has removed during the first three months of this year for violating its policies. The YouTube spokesman said that while the company’s systems aren’t perfect, YouTube’s results for searches for cancer information have improved.

Earlier this year, Facebook said it would crack down on false criticism of vaccines spread by skeptics, an effort that the company has acknowledged has a long way to go. YouTube also changed its algorithms to play down results for antivaccination content. And Pinterest has stopped surfacing vaccination-related search results because most cautioned against vaccines.

As of Monday, YouTube videos viewed millions of times were among the postings advocating the use of a cell-killing, or necrotizing, ointment called black salve to treat skin cancer. Use of the ointment can inadvertently burn or kill healthy skin, and doesn’t remove cancerous growths beneath the skin, as is claimed in some videos, said David Gorski, a professor of surgery at Wayne State University School of Medicine in Detroit who edits the blog Science-Based Medicine. The wounds could also lead to infection.

According to Dr. Gorski, misinformation about cancer on the internet is as much of a public-health issue as antivaccine misinformation. “It’s hard to argue which one is the worst,” he said.

Often the videos and social-media postings are connected with online businesses seeking to generate sales of books, supplements and unproven products.

A Facebook page with more than 60,000 likes promotes baking-soda injections and juicing regimens to treat cancer sold by a supplement salesman named Robert O. Young. Mr. Young was convicted in a San Diego County court in 2016 for practicing medicine without a license.

Gina Darvas, the San Diego deputy district attorney who prosecuted him, said that Mr. Young used the internet—in particular YouTube and Facebook—to earn as much as $5 million a year before his conviction.

Mr. Young has multiple Facebook pages currently. He has a personal page and he and his affiliate run others dedicated to selling products and services, internationally and domestically. The pages contain posts with embedded videos and links to YouTube.

Weeks after getting out of jail in November 2017, Mr. Young was back on Facebook. His main page gets frequent updates with posts selling his discredited cancer and dietary theories, plus services and products. Videos on an account featuring Mr. Young have earned more than 900,000 views, according to an analysis by social-media intelligence firm Storyful, which is owned by News Corp., the Journal’s parent company.

A study published in the journal JAMA Oncology last year found patients who chose alternative treatments over scientifically validated cancer therapies like surgery, chemotherapy or radiation had a higher risk of death.

In July 2012, a cancer patient named Naima Houder Mohamed flew from the U.K. to Mr. Young’s Southern California ranch after seeing his videos on YouTube. She had received a regimen of baking-soda injections and low-acid foods, according to her brother, a family friend and San Diego prosecutors. Ms. Houder Mohamed died of metastatic breast carcinoma in November 2012, according to prosecutors and her family.

The 12 weeks of treatments at Mr. Young’s San Diego ranch cost about $70,000, according to her brother, Rachid Houder Mohamed. He said he was forced to sell his transportation business to get the family out of debt.

Mr. Houder Mohamed said that he was disappointed that Facebook and YouTube continue to host Mr. Young’s content. “He robbed us of 12 weeks of the last segment of my sister’s life,” he said in an interview. “Facebook should be fined for allowing this to go as long as it has.”

Purveyors of medical misinformation sometimes buy ads to promote their wares. The more popular ones on YouTube can serve ads with their videos and generate income. Ads for well-known brands, including pharmaceutical companies and auto makers, preceded videos for a channel named Chris Beat Cancer before the Journal asked about the channel and YouTube took away the advertising.

The channel, which has 125,000 subscribers, plays down the benefits of preventive screenings like mammograms, and promotes non-validated tests, including thermography. Thermography is a noninvasive imaging tool that shows heat and blood flow near the surface of the skin. It is often billed online as a safer, more effective alternative to mammograms, though the U.S. Food and Drug Administration warned in February that thermography alone wasn’t an effective way to screen for breast cancer.

The account, managed by cancer survivor Chris Wark, also promotes alternative cancer treatments, like diet. In his videos, Mr. Wark says to viewers he isn’t “anti-chemo,” but that he supports patients having access to information that can help them make their own decisions. 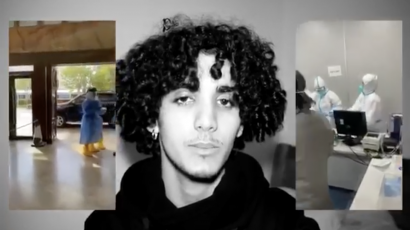 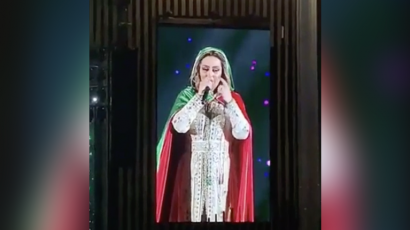