Confirmed infections top 85,000 across country, exceeding all other national totals

The U.S. has overtaken China as the country with the most cases in the world of the novel coronavirus, marking a new milestone in the fight against the global pandemic.

China had held the top spot since the deadly virus began spreading there in December.

There were 85,991 confirmed infections across America, according to data compiled by Johns Hopkins University. The first case in the U.S.—a man in Washington state who had recently traveled to Wuhan, China—was reported on Jan. 21. Within six weeks, the U.S. began to see a surge in new infections and the country’s first deaths.

New York is the center of the pandemic in the U.S., with its 37,802 infections accounting for nearly half of all cases in the country and tens of thousands more than any other state. The New York City metro area accounts for 35% of all new cases in the U.S., Deborah Birx, response coordinator for the White House’s coronavirus task force, said in a briefing Thursday.

The Trump administration is planning to issue guidelines categorizing counties across the nation as high-risk, medium-risk or low-risks, aiming to help state and local authorities decide whether to tighten or relax social-distancing measures designed to help slow infections.

State officials have so far enacted a patchwork of rules to fight the spread of the virus, and cities have sought ways to decrease crowding in parks, trails and outdoor spaces. Chicago officials closed the city’s Lakefront Trail and beaches Thursday, while the New York Police Department mobilized to crack down on socializing.

China said Thursday it would close its borders to nearly all foreigners and drastically slash international flights in a bid to curb the reintroduction of the fast-spreading coronavirus from abroad.

The near-blanket restrictions on international travel to China come after months in which Beijing publicly opposed similar curbs imposed by other countries on travel from China, where the pandemic first exploded.

The country has reported a sustained decline in the number of new domestically transmitted infections in recent weeks, even as infections have risen among people arriving from abroad. China had 81,782 total infections, according to Johns Hopkins data. Health authorities logged no new local infections on Tuesday and Wednesday, compared with 114 new imported cases over those two days.

The U.S. has only a fraction of China’s population, with just over 330 million residents compared with 1.4 billion in China.

World-wide, there were more than 533,000 cases Friday, according to Johns Hopkins data. Testing for the new coronavirus hasn’t been uniform across the U.S. or globally, which affects total case counts.

Hospitals in U.S. hot spots including New York and Seattle have passed a tipping point, as a relentless surge in cases forces some to move patients to outlying facilities, divert ambulances and store bodies in a refrigerated truck. Fatalities in the U.S. from the new coronavirus topped 1,296 Frida.

The economy is also straining under the weight of the pandemic as employers lay off workers and state officials order nonessential businesses to close. A record 3.28 million U.S. workers applied for unemployment benefits last week, far surpassing the previous record of 695,000 set in October 1982.

Congress is aiming to give families and businesses a financial shield against the worst of the fallout, with the largest economic stimulus package in recent memory. The House is expected to consider the legislation, already approved by the Senate, on Friday. Treasury Secretary Steven Mnuchin indicated that the government would take stakes in airline carriers in exchange for billions in direct grants to the companies as part of the stimulus package, according to people familiar with the matter.

Across the Atlantic, European Union leaders agreed late Thursday to ready options for further economic steps to respond to the crisis but pledged no specific new action. After a fractious teleconference meeting that ran hours over schedule, leaders said eurozone finance ministers should present proposals on possible next steps within two weeks.

The European Central Bank, meanwhile, sent a powerful signal to investors that it would aggressively support indebted eurozone countries battling the coronavirus, starting purchases under a new €750 billion bond-buying program and stating that it wouldn’t be bound by earlier limits on its bond buys.

While Italy continues to be the epicenter of the pandemic fight on the Continent, with 80,589 confirmed cases, infections in Spain have risen 10-fold during its national lockdown, to 57,786. The country’s death toll from the respiratory illness surpassed China’s on Wednesday and now stands at 4,365. Only Italy has a higher toll, with 8,215 fatalities.

More than 24,082 people have died world-wide after contracting the pneumonia-causing virus, according to Johns Hopkins data. About a quarter of people sickened have recovered.

The soaring case numbers globally have led government officials to extend nationwide lockdowns and to sound warnings to people who are continuing to travel or congregate despite stay-at-home orders and closures of restaurants, bars and other venues.

Spain said it would extend its lockdown another 15 days, to April 12. Lebanon also lengthened its nationwide lockdown to April 12 and imposed a broad new nightly curfew throughout the country.

Starting Saturday, Chinese authorities will suspend entry for foreigners currently holding regular visas and residence permits, and freeze a swath of visa-free travel and transit programs, according to a joint statement issued late Thursday by China’s Foreign Ministry and its National Immigration Administration.

Exceptions will be made for foreign diplomats and crew members of international transport, among others, the statement said. Foreigners seeking entry for certain trade, science and humanitarian purposes can also apply for visas, it said.

“The suspension is a temporary measure that China is compelled to take in light of the outbreak situation and the practices of other countries,” the statement said.

Chinese diplomats had waged a concerted campaign urging other governments not to restrict travel to and from China, saying such measures were out of line with World Health Organization guidance. Their complaints softened, however, as the pandemic took hold around the world amid declining new infections in China, presenting Beijing with the specter of a second wave of contagion brought in by travelers.

In a separate announcement, China’s civil-aviation regulator said it would cap the frequency of international passenger routes in and out of the country, starting Sunday. Foreign airlines can maintain one weekly route to China and Chinese airlines can keep one weekly route to each of the countries to which they offer passenger flights, the Civil Aviation Administration of China said.

CAAC said it could further order airlines to slash flights, depending on the situation, and told airlines to submit flight plans for advance approval. 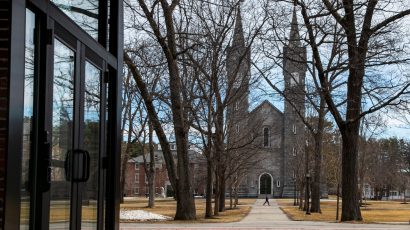 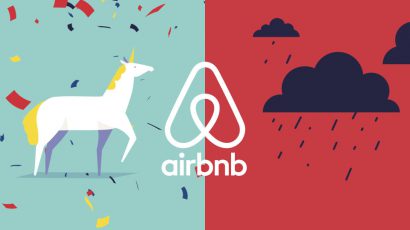 Some States Ease Lockdowns as Global Coronavirus Cases Near 3 Million