The Framework Education Act, which the Sovereign has been urgently requesting since 2016, was finally presented to Parliament in October 2018 by Saïd Amzazi, Education Minister. This Act, which has been debated (to no avail) at committee level since the start of January this year, is unlikely to be adopted by the House and we will have to wait until April to hope for a positive outcome.

The purpose of this somewhat curt preamble is to make the reader understand that, for our ‘politicians’, there is no sense of urgency since our country’s educational system would appear to be in an excellent state … as can be seen from the high school dropout rates, the tens of thousands of unemployed who wield diplomas that are entirely denigrated and rejected  by potential employers, the massive number of students enrolled in ‘worthless’ faculties such as Law, Social Sciences and the Arts etc. as well as the profound and structural divide in educational provision between the private and public sectors.

Our honourable parliamentarians and the parties – at least some of them – which pull their strings have no obvious remedy to these undisputed realities, which have lasted for years.

Because politicking and demagogical, populist, vote-catching and, lastly, ideological posturing would appear to be far more important than passing legislation that will stand for a number of years about an issue that is so vitally important to Morocco and its future generations!

“But where is the problem?” is a question which might be asked by parents who are legitimately concerned for their offspring.

We are told that the problem lies with the choice of the language ​​of instruction, particularly for scientific subjects and with the definition of vocational teaching modules, that is to say, with the linguistic media other than our two official languages, Arabic and Tamazight.

Two major political parties, the PJD, which heads up the parliamentary majority and Istiqlal, which forms part of the opposition, uncompromisingly champion the cause of the Arabic language.

Mr Saad Eddine El Othmani and his friends above all challenge the choice of French for scientific subjects, the language of Molière being for such folk a tool used to adulterate our national identity and for embracing Westernisation and every conceivable (moral) evil that the latter begets.

The PJD, which in any case is unable to radically oppose legislation that has been approved by the Council of Ministers, is engaged in a war of attrition and is fighting a rear-guard action by proposing to substitute the language of Shakespeare for that of Victor Hugo.

A highly improbable endeavour that makes us think of Queen Marie Antoinette who, when faced with the cries and anger of the protesting crowds demanding bread, proposed that they be given cake …

Istiqlal, despite being currently led by Mr Nizar Baraka, a young, open-minded and educated man who speaks a number of languages, is even more radical and uncompromising, challenging foreign language usage, even for scientific disciplines. Instead, the party advocates the ‘Arabisation of knowledge’ and the exclusive use of Arabic rather than French and English for subjects which, the world over, are mainly taught in one or either of these two languages.

Quite evidently, by adopting such a stance, there is more than just a hint of electoral posturing with a strong tinge of populism which, more recently, encompasses a number of political statements (electronic invoicing, common company identifier (ICE), etc.).

But, is it not simply a case of “making a mountain out of a molehill”, as the adage goes.

Because, the root of the problem does not really lie in the choice of language used in vocational training or even the very principle underlying this choice but in our being able to and needing to provide our children with effective and modern cognitive tools, consistent with the demands of globalisation, embracing the wider world and upgrading our educational model in line with international standards.

It is patently clear, however, that the current system has failed, and every Moroccan knows that only too well.

If it were not so, private education, from pre-school to university, would not have grown so rapidly in recent decades.

If it were not so, employers in search of effective human resources that are capable of meeting meet the needs of businesses would not be complaining day and night about the lack of suitable candidates.

If it were not so, the statistics would not reveal such a shortage of Maths and French teachers while young teachers, hurriedly recruited to offset the retirement en masse of senior teachers, would not be putty in the hands of skilled manipulators dispatched by Al Adl Wal Ihssane sympathisers.

If it were not so, the current cultural and linguistic attainment levels of our students would not be what they are today, as poorly developed as their ability to write, express themselves and tear themselves away from the oft-evil clutches of social media!

If it were not so, as can be verified by anyone, the French-speaking sections of this country’s Law faculties would not be overwhelmingly filled by modern languages graduates with very little knowledge of French, but who consider that a language degree offers a better chance of getting a job!

If it were not so, everyone in this country would be eager to recall a remark made by the late King Hassan II, who rightly considered anyone who could speak only one language as illiterate!

Morocco does not figure prominently when it comes to global performance indicators, far from it! One of the major reasons is our education system and the graduates that the latter generates.

And if some remain entrenched in their retrograde, backward-looking and counter-productive positions, it is almost certainly because they are the system’s presumed offspring …

Unfortunately for us all! 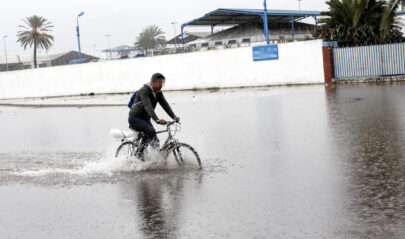 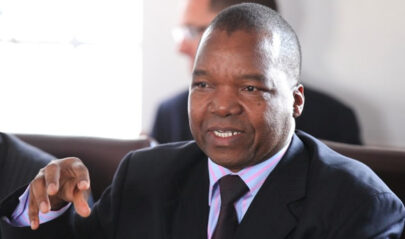