Shipping containers at the Port of Los Angeles in January. PHOTO: MIKE BLAKE/REUTERS

China lost its spot as the U.S.’s top trading partner during the first half of the year, as imports and exports between the world’s two largest economies continued to fall amid continuing tariff disputes between Washington and Beijing.

U.S. imports from China fell 12% in the first six months of 2019 from a year earlier, while exports fell 18%, the Commerce Department said Friday in a monthly trade report. The total value of bilateral trade with China, $289.69 billion in the first half of the year, fell short of that with both Canada and Mexico for the first time in more than a decade.

Amid sluggish progress in negotiations with Beijing, Mr. Trump on Thursday announced 10% tariffs on $300 billion in Chinese goods that–in contrast to previous rounds of tariffs–include popular consumer products such as apparel, toys and cellphones.

“If they don’t want to trade with us anymore, that would be fine with me,” Mr. Trump told reporters on Thursday. “Until such time as there is a deal, we’ll be taxing them.”

The new tariffs, set to take effect Sept. 1, come on top of levies imposed last year by the Trump administration on $250 billion in Chinese goods. Those levies, many of which were raised higher in June, triggered retaliatory measures by China.

The tariff dispute, along with cooling global economic growth, has contributed to a stagnation in total U.S. exports to the world and a continued widening of the trade deficit.

The Commerce Department said Friday that the overall U.S. trade gap widened 7.9% in the first half of 2019 from a year earlier, to $316.33 billion.

Many economists dispute Mr. Trump’s view that trade deficits are bad, saying they mostly just reflect the difference between economic conditions at home and abroad. Fueled in part by tax cuts and spending increases, the U.S. has outperformed other advanced economies since 2018, causing imports to rise 1.5% in the January-to-June period, to $1.568 trillion.

U.S. imports from Vietnam, which attracted low-wage manufacturing from China even before Mr. Trump’s tariffs, rose 33% in the first half of the year. U.S. purchases from Japan, South Korea, Mexico and Europe also rose in the period

Exports, meanwhile, were flat at $1.252 trillion. Excluding services, shipments of goods produced by American farmers and manufacturers fell, as China reduced purchases from the U.S. in response to the tariffs while other countries’ economies slowed.

“What’s happening is what I call inefficient reallocation,” said David Dollar, an economist at the Brookings Institution who focuses on China. “Some value chains are reorganizing in response to the tariffs, and it’s inefficient because the status quo ante was what firms were choosing to do.”

Apparel company Ralph Lauren Corp. , for example, ramped up its North American inventory faster than its sales were growing in the latest quarter “to get ahead of potential China tariffs,” Chief Financial Officer Jane Hamilton Nielsen told investors in a conference call this week.

“In light of the dynamic trade environment, particularly China and Brexit, we’ll continue to opportunistically evaluate our inventory shipments to North America and the U.K. and diversify our global supply chain,” Ms. Nielsen said.

“If we don’t see a resumption of significant agricultural trade with China, particularly ethanol, well before the end of the third quarter, it would be difficult to achieve adjusted earnings per share in 2019 similar to 2018,” Chief Financial Officer Ray Young said in a call Thursday. 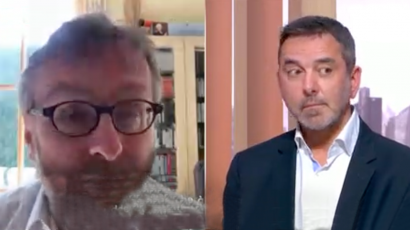 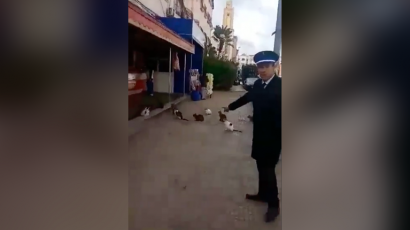