Bank Al-Maghrib’s monetary policy has significantly evolved over the past 10 years!

Indeed, in the aftermath of the 2007-2008 financial crisis, Mr Jouahri, its Governor, understood that the traditional role of the institution that he heads up could no longer be limited to containing inflation to avoid a decline in purchasing power.

He therefore introduced a new set of bank refinancing instruments for domestic banks, which, as a result of the crisis, might encounter liquidity shortfalls.

The reason being, was to enable them to continue, in turn, to finance the economy.

At the same time, the Central Bank embarked on a policy of lowering its key interest rate to enable the banking system to offer competitive lending rates for wealth creation.

Expectations by businesses and financial institutions were for BAM’s Board to maintain an accommodative policy to support economic growth.

They again expressed this wish in September and December 2018, after the Central Bank had left its key interest rate unchanged at 2.25%, which it considered an appropriate level given the country’s macroeconomic fundamentals.

In fact, there is widespread belief that, given the current slow rate of GDP growth, BAM could do more to incentivise bank lending with further cuts to its key interest rate.

Adopting an even more accommodative monetary policy would push down lending rates still further and boost the financing of the economy through larger loans.

Indeed, it is clear that non-agricultural economic growth is stabilising at a level that is below its long-term potential. This would appear to be corroborated by the Central Bank’s medium-term forecasts, which are hardly optimistic, and which have not seen any noteworthy changes recently. Inflation is forecast at 1.2% for 2019 and at 1.4% over an eight-quarter timeframe, while bank lending, which has stagnated for several months, is showing signs of weakness.

However, with the benefit of hindsight, the transmission of monetary policy into bank lending is easily discernible, despite the fact that low rates do not automatically impact growth in loans to the economy!

For example, in 2012, banking lending grew by about 10% while the key interest rate was only 3.25%. However, after four consecutive rate cuts, each of 25 basis points, loan growth has not picked-up but, on the contrary, has in fact continued to decline!

Bank lending saw a first deceleration phase towards the end of 2015, slowing to below 1% and has since only slightly recovered with growth currently running at between 1.5% and 3%.

On the other hand, it is clear that the transmission system of monetary policy into bank lending rates has functioned correctly. It can be seen from the trend in bank rates that, since 2012, each time the Central Bank has cut its key interest rate, the effect on lending rates has been almost identical.

Conversely, is would be reasonable to ask why bank lending does not automatically grow when key interest rates and bank lending rates fall?

The answer is certainly economic since a pick-up in bank lending depends on other factors, the main one being business confidence in the private sector. The fact that, since 2012, public spending has contributed significantly to economic recovery by boosting aggregate demand is evidence of this.

Treasury investment has steadily increased and currently accounts for just over 6% of GDP.

As a result, since 2012, outstanding loans to non-financial public enterprises have spontaneously doubled.

By comparison, over the same period, outstanding loans to non-financial private enterprises have declined by MAD 20 billion to MAD 346 billion.

At 31 December 2018, outstanding bank loans stood at MAD 866 billion, a 2.7% year-on-year increase, albeit slightly below the 3.1% rate of growth posted a year earlier.

More seriously even, in 2018, average outstanding bank loans stood at only MAD 841 billion, an increase of just 2% year-on-year i.e. the weakest rate of growth over the past 20 years.

One thing is clear, which is that growth in bank lending has remained weak for more than six years.

Since March 2012, the Central Bank has cut its key interest by 25 basis points on four occasions. As we have shown above, the cuts have been fully passed on to borrowing costs without there being any meaningful impact on bank lending!

As a result, the effectiveness of monetary policy cannot be called into question! The question might also to be ask what would have actually happened to bank lending if BAM’s monetary policy had not been so accommodative. Perhaps loan growth might have been even weaker!

And if we look back to 2007, it can be seen that growth in bank lending enjoyed a somewhat euphoric phase which saw the year-on-year annual growth rate exceed 30% when the economy was growing by 6%.

Growth in bank lending was even thought to be excessive as illustrated by the increase in non-performing loans from 4.3% in 2011 to 7.9% in 2016.

As it stands today, the economy has undergone a certain degree of deleveraging as illustrated by the ratio of bank loans to GDP, which has fallen by 10 percentage points from 85% to 75%.

Lastly, if it is confirmed that the current level of bank lending is consistent with non-agricultural growth of between 3% and 3.5%, then loan growth is likely to hit a ceiling at around this level over the next two years.

In the meantime, monetary policy in a low interest rate setting, with no meaningful expansion in bank lending on the horizon, has led to a significant decline in bond yields and has trimmed the investment returns of institutional portfolios, life insurance funds and investment savings, raising a fresh risk of economic deterioration which can only be detrimental to our country’s overall growth! 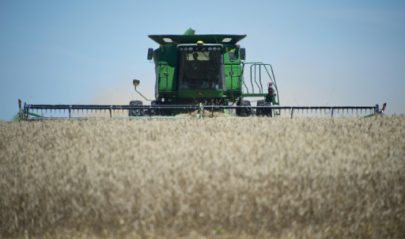